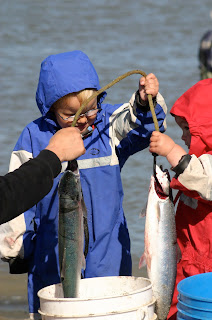 My kids obsessed with fish. "Fish" was my three year old's first word.  Their favorite food is salmon and they pretend chicken noodle soup is fish stew.  We have a walleye, salmon, shark and catfish stuffed animal.  They have six fishing poles between them and all sticks become rods or spears.  I didn't push this obsession, but I secretly enjoy it.  We go fishing every other week in the summer for salmon, but don't mind if we hook a Dolly Varden or Rainbow Trout.  The boys love putting on their "boat coats" for the ride down the river and relish in the mud, fish slime and water.  I used to use the bug repellant wipes and still the little rascals would find some exposed flesh for a little meal. 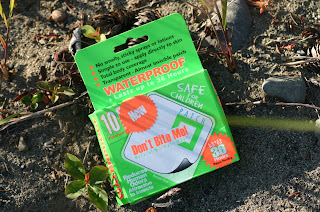 I heard about the "Don't Bite Me!" Patch and thought it might make post-fishing days a bit less itchy.  They only contain Vitamin B1 and Aloe.  This Deet-free sticker is waterproof, safe for kiddos (they recommend it for those 2 years and older), provides full body protection and lasts 36 hours!  They suggest sticking it to your shoulder, shoulder blade, tush or hip area.  I didn't read this and stuck it on my thigh so I could see it. 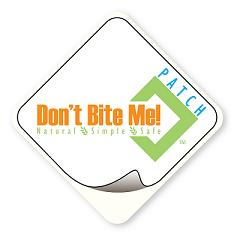 I was highly skeptical that this would ward off the hungry varmints (as most non-Deet items just don't preform as well),  so I tried it out on myself first.  As I didn't have the mosquito filled tent like the old Off commercials, I slapped on a patch before we headed out to the river.  (The patch should be put on at least 2 hours before you are outside.)  They do suggest your wear two patches if you are 200+ pounds, taking birth control or smoke.  Interesting. 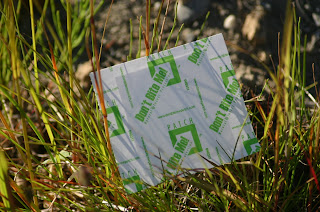 The company cites a study about the effectiveness of this Deet-free bug repellant-  Some studies suggest that taking thiamine (Vitamin B1) 25mg to 50 mg three times per day(orally) is effective in reducing mosquito bites. Thiamine produces a skin odor that is not detectable by humans, but is disagreeable to pregnant mosquitoes (Pediatric Clinics of North America, 16:191, 1969). 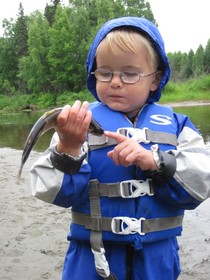 While I couldn't do a controlled study, it did seem that I was as "bugged" as I typically was on the river.  Bugs landed on the repellant wiped kiddos a bit more than me I actually think (sorry kiddos, it was for science).  The information says that the patch masks your "human" odor.  Some bugs did land on me, but I don't know if they smelled someone else's human scent that was close to me. 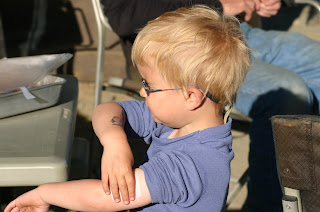 The company sent me a box of 10 (retails for $8.99) and we continue to try them out when venturing into nature.  My three year old wore one while dipnetting in Kasilof and I used another at a picnic.  I like that we are not spraying chemicals that may or may not have harmful effects.  I like that it has natural elements and that it provides total skin coverage (no more bites where my socks slip down!).


I had some trouble opening the patch (read the instruction paper in the box for help) and it did hurt a bit to remove.  I took my son's off when he was in the bathtub and he said it hurt "just a little".  You do have to prepare with these as they need to be on for at least 2 hours before working, but the box says to put it on the night before. 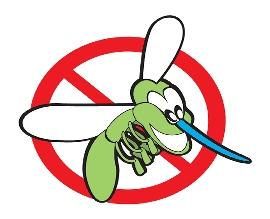 I give the Don't Bite Me! patch my Alaskan Mom Approval for their natural attempt at warding off bugs, ease of full body protection and lack of the typical bug spray "perfume".  Order some of these patches and head out on the trail without having to bring a clunky can of spray!


Get your own Don't Bite Me! Patches and learn about this new sticker!
Posted by Princessliak at 1:40 PM

Search for a Review!